This is my search section here
Life Chapel
Times & LocationsGiving 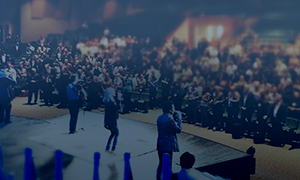 Our Blog - Fight For Your Rehoboth

“Finally, Abimelech ordered Isaac to leave the country. “Go somewhere else,” he said, “for you have become too powerful for us.” So Isaac moved away to the Gerar Valley, where he set up their tents and settled down. He reopened the wells his father had dug, which the Philistines had filled in after Abraham’s death. Isaac also restored the names Abraham had given them.
Isaac’s servants also dug in the Gerar Valley and discovered a well of fresh water. But then the shepherds from Gerar came and claimed the spring. “This is our water,” they said, and they argued over it with Isaac’s herdsmen. So Isaac named the well Esek (which means “argument”).
Isaac’s men then dug another well, but again there was a dispute over it. So Isaac named it Sitnah (which means “hostility”). Abandoning that one, Isaac moved on and dug another well.
This time there was no dispute over it, so Isaac named the place Rehoboth (which means “open space”), for he said, “At last the Lord has created enough space for us to prosper in this land.”
‭‭Genesis‬ ‭26:16-22‬ ‭NLT‬‬
There is always a war ranging against you either physically or spiritually, so you have to fight relentlessly.
When l talk about fighting, am not referring to you having exchange of words with someone or fist fighting, but am referring to fighting as a child of God by praying fervently without ceasing.
Everything that God has promised you is rightfully yours, but there are wicked and unreasonable people who will either intimidate or humiliate you just to see you give up on enjoying your blessings.
Your success is a threat to many, and as a result they can oppose you.
“When Isaac planted his crops that year, he harvested a hundred times more grain than he planted, for the Lord blessed him. He became a very rich man, and his wealth continued to grow. He acquired so many flocks of sheep and goats, herds of cattle, and servants that the Philistines became jealous of him.”
‭‭Genesis‬ ‭26:12-14‬ ‭NLT‬‬
The Philistines should have known that Isaac being the promised son of Abraham and Sarah, had been predestined for greatness by the Lord.
As a result of the same spirit of jealousy, Abimelech ordered Isaac to leave the country. “Go somewhere else,” he said, “for you have become too powerful for us.”
‭‭Genesis‬ ‭26:16‬ ‭NLT‬‬
Your persistence and determination will not be in vain if you have the backing of God almighty.
Instead of Isaac easily giving up because of all the oppositions that he faced, he was very persistent and determined to keep digging until he finally arrived at his Rehoboth.
The problem we Christians have is, we give up too easily and too quickly because of the Philistines and Abimelech’s that are jealous of us.
There will always be an Esek and Sitnah moment when you are on your journey to your Rehoboth, but remember that God is always with you, as He has promised to never leave nor forsake you.
The Lord’s righteous right hand will uphold you and He will hasten His word to perform it.
In Genesis 26:24, the Lord made the same promises to Isaac as He did to his father Abraham in Genesis 12 and 22.
“where the Lord appeared to him on the night of his arrival. “I am the God of your father, Abraham,” he said. “Do not be afraid, for I am with you and will bless you. I will multiply your descendants, and they will become a great nation. I will do this because of my promise to Abraham, my servant.”
‭‭Genesis‬ ‭26:24‬ ‭NLT‬‬
The powerful and beautiful thing about God is that, He is a covenant keeper.
“Understand, therefore, that the Lord your God is indeed God. He is the faithful God who keeps his covenant for a thousand generations and lavishes his unfailing love on those who love him and obey his commands.”
‭‭Deuteronomy‬ ‭7:9‬ ‭NLT‬‬
As you fight for your Rehoboth, do not be afraid, God is with you.
May the Lord grant you divine strength, to be persistent, determined and persevere in all your endeavors.
May you and your descendants prosper in your Rehoboth!
In Jesus Name... Amen!

It's 2019 and you've stepped into a New Season; a season of unprecedented favor and mind-boggling miracles. Determine to walk in God's divine direction so you can enjoy the fulness of the blessings that are in store for you.